Stand up for truth and righteousness, root out evil, preserve history.

This article was originally published on Medium.

It’s been said that if you don’t stand for something, you’ll fall for anything. I stand for truth. For many out there that find themselves washed into the rolling tide of unease and violence, of hearing the narratives that are designed to focus your attitudes and aggression into something that looks victorious on the outside, the invitation is being made for you to listen.

That thing that looks victorious on the outside is a shadow. It’s a dark cloud. It’s invasive, like the locusts that currently roam across India and Africa. People starve while we shout and fight. Tons of food destroyed in a matter of hours. That’s what an invasion does. It eats. It eats so heavily and mightily that it consumes everything consumable in and around it’s path, leaving nothing but death and destruction. That is what is happening in our nation. An invasive consumption of death at every quarter masked as voices to be heard. Your voice has been heard loud and clear. And it is the voice of death.

This brings to mind a scripture in the Old Testament book of Joshua. In Chapter 24 of that book Joshua is giving the Israelites a history lesson as he tells them what God has said to remind them of their identity, where they have come from, and who their Holy Protector is. He then gives them a choice as a people, whether they will serve God or the idols that they have continuously kept with them.

God said “I gave you a land you did not labor for, and cities you did not build, though you live in them; you are eating from vineyards and olive groves you did not plant.” — Joshua 24:13

We live in a world that we did not create, build or labor for, yet we benefit from all of those that have come before us. But please, listen. Your insatiable hunger to purge away things that you did not build, and destroy things that you did not produce, and stamp out ideas you didn’t think— this insatiable hunger is a darkness in the soul of our country and it controls you as its pawn to all of our demise. If you really cared about the things you say you care about, you would be encouraging fathers to stay in the home. You would advocate a public life of honor in families and not destruction on streets. You would honor the first amendment to our Constitution, which gives you the right to peaceably assemble. You would decry with totality every type of violence. You would not seek to honor criminal behavior and would denounce lawbreakers at every turn. You would value education, true dignity through honest pursuit, and not seek to protect the identify of looters and criminals. Please, hear what I have to say.

I heard today that there is a push to remove a certain statue at Texas A&M. One of the the many best and brightest institutions of higher learning in the world. Texas A&M is home of some of the greatest minds and innovative thinkers in this country. Just like every institution it has a history. A history not of power dominance and disparity but one of overcoming through knowledge. When I was a student there I had the honor and privilege to know and study under a great man, Dr. Norman Borlaug. He was the leader of the Green Revolution. He saved the lives of millions of starving people all across the world. It is said that he saved more lives than any man who has ever lived. He did it with knowledge, and with science. He did it out of a pledge to deliver knowledge that was greater than himself to a world that also was greater than himself. Yet he was humble enough about who he was to teach a clueless agronomy student how to separate plant leaves from stems. This is selfless service and it is embodied in the statue of one man that sits in a place of honor on the campus.

“Lawrence Sullivan Ross, 1838–1898. Soldier, statesman, knightly gentleman. Brigadier General, C.S.A. Governor of Texas. President of the A&M College.” — Inscription on the reverse base of the statue.

There is a petition that seeks to remove the statue of Lawrence Sullivan Ross from that place of honor in Academic Plaza on the A&M campus. Sadly these purges have already occurred in many places in our nation. Once again they have come back with an insatiable hunger to purge away history. To do that is to begin to extinguish a flame that lights a great path of knowledge and a quest for truth. How many lives were changed because that man fought to keep Texas A&M alive in the face of its demise. How many lives were changed because of the Prairie View A&M campus just down the road. How many soldiers went out from A&M to fight for freedom. How many scientists and engineers came out of her to not only enable the world we live in but to save untold lives. But you want to bring down a monument to freedom through perseverance in the face of power. You want to destroy the memory of a man that held to the tenet that education for the sons of farmers of any race was a noble cause and one worth defending with sacred honor. You would not be removing a statue of a confederate general. No, you would intend to continue your great consumption. Your great purge. Your agenda. Your dark scourge on this country. Your death march.

Should you continue to succeed, your bastions of evil — currently represented by an enclave in the heart of Seattle and a named plaza in Washington DC — will be forever known as the days of American darkness. The day communism arrived at our shores.

Danny Darden is a network engineer, a privacy advocate and security researcher who writes content on Medium. He is a community college instructor where he swore an oath to protect and defend the Constitution of the United States, whose First Amendment gives citizens the right to peaceably assemble . He also regularly teaches courses on information technology, computer security, and customer service. 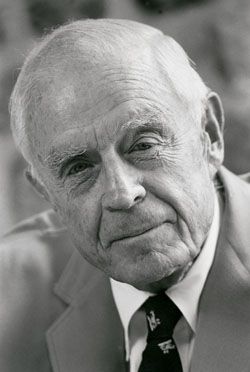 Find out what needs to be thought about and think it. Then write it down. The difference between goofing off and science is writing it down.

Danny Darden is a network engineer, a privacy advocate and security researcher. He is community college instructor in the Computer & Information Technology Department at Kilgore College and regularly teaches